Home / About Us / Meet Our Team / Dalton Capley 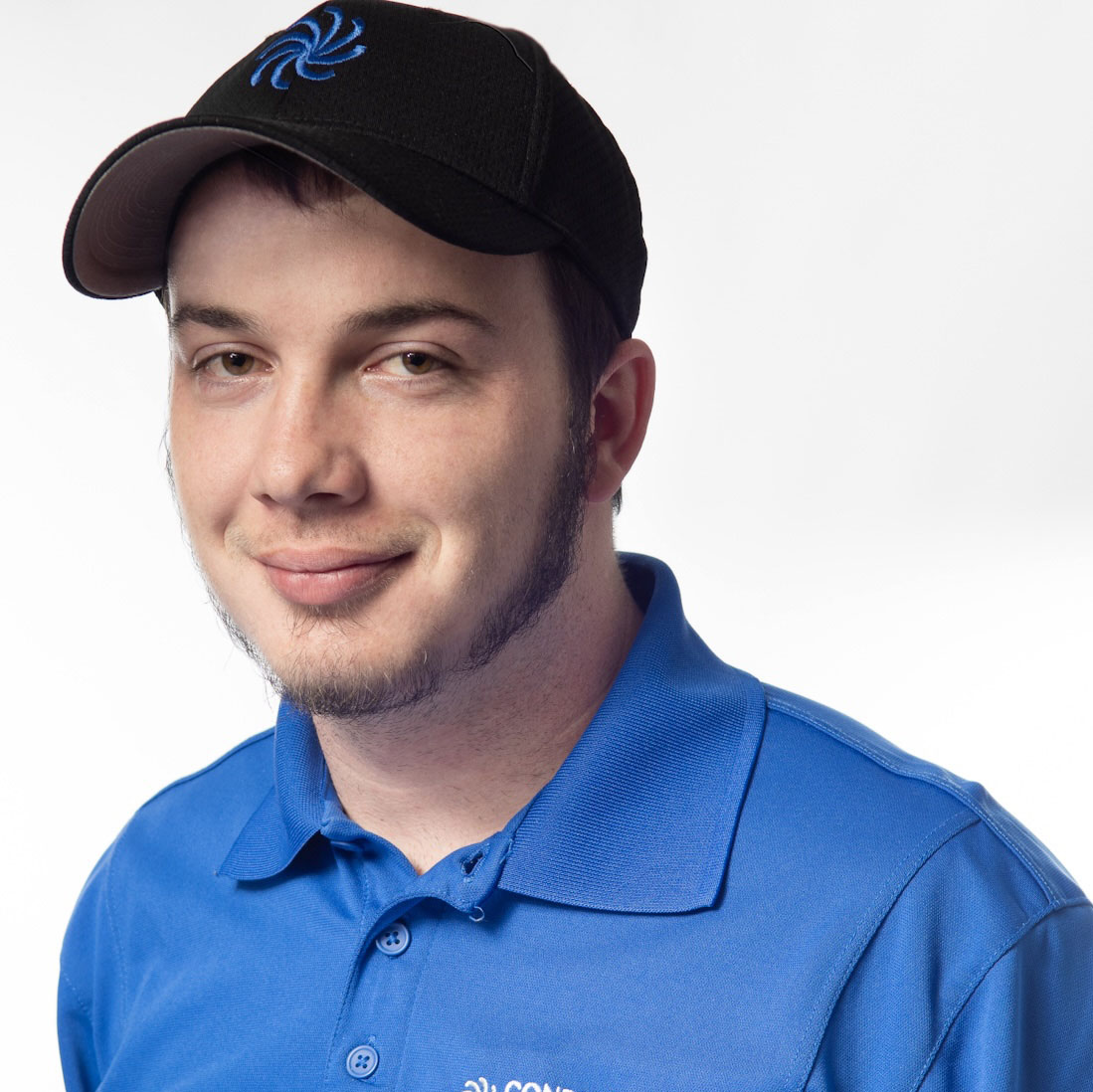 Dalton began his exciting career with Conditioned Air in 2014.  Since joining the team as a warehouse assistant, his role has expanded into information technology; and he’s learning quickly.  He acknowledges his opportunity as “a truly great [one], from someone great!”

Working in IT, Dalton enjoys fixing problems that no one else wants to, or can, fix.  He appreciates the great atmosphere, and the people who work here.  When he’s not fixing computers, Dalton gets a thrill from riding and racing dirt-bikes, and playing games on his computer or game console.

Dalton was born in Georgia, but was raised in, and has lived in the Huntsville area since moving here as a child.  He now shares his life with his wife, daughters, and pets.  He remains true to his Georgia blood, and roots for the Bulldogs!  If Dalton could have a superpower, he’d want to have a photographic memory, so that he wouldn’t forget anything!