Montgomery Ward Inc. was the brainchild of Aaron Montgomery Ward, a traveling salesman who noted that rural customers preferred city goods but the lack of availability and quality workmanship prevented most from obtaining these.  In 1872 he began his dry goods mail-order business in Chicago, Illinois.  These products were delivered to the customer via mail and picked up at their nearest train station.

In 1987, Montgomery Ward began expanding into consumer electronics with a mix of private label brands and major brands but by the late 1990s, sales were in sharp decline.  Because it had once been one of the largest retailers in United States history, the name and the brand were still considered highly valuable.  Direct Marketing Services, Inc. (DMSI) attempted to reinvigorate the brand as an online and catalog company but was unable to make it profitable.  Colony Brands Inc. purchased it from DSMI and in 2009 launched a new website with the updated name “Wards”.

Still sold under the brand name Montgomery Ward, Wards sells a window air conditioner available in 6,000, 8,000 and 10,000 BTU.  Each unit functions as an air conditioner, dehumidifier and fan.  These include a remote control, 3 fan speeds, digital display and LED filter indicator.

Wards also offers a portable AC and dehumidifier under the Montgomery Ward brand.  This portable unit has 4 caster wheels and operates with cooling, dehumidifying and fan modes.  This unit includes a window installation kit, remote control with batteries and digital displays. 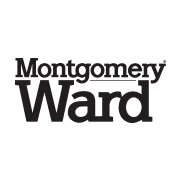